Chinese manufacturers must cut their carbon intensity by 40% over the next decade, according to the State Council’s new ten-year action plan for the manufacturing industry. 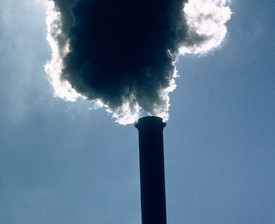 Chinese manufacturers must cut their carbon intensity by 40% over the next decade, according to the State Council’s new ten-year action plan for the manufacturing industry.

The plan, dubbed “Made in China 2025”, included a raft of targets and strategies aiming to transform China’s industrial sectors in the years ahead.

According to the State Council document, manufacturers must reduce their CO2 emissions per unit of industrial added value by 22% by 2020 compared to 2015 levels, and 40% by 2025.

The targets could trigger a further drop in China’s coal consumption, as industry relies heavily on coal, accounting for around half the nation’s use of the fossil fuel.

China has yet to announce an economy-wide target for post-2020, but manufacturing typically has stauncher emissions targets than other sectors of the economy.