The EU ETS should adopt a tiered approach to free allocation after 2020 to better protect those firms exposed to carbon leakage, according to Frederick Federley, the senior lawmaker steering emissions market reforms through the European Parliament’s industry committee.

The EU ETS should adopt a tiered approach to free allocation after 2020 to better protect those firms exposed to carbon leakage, according to Frederick Federley, the senior lawmaker steering emissions market reforms through the European Parliament’s industry committee.

This approach would divide industries into categories according to leakage risk and apportion shares of free EUAs accordingly, in theory helping to prevent an across-the-board slashing of allocations to all via the Cross Sectoral Correction Factor (CSCF).

While the most efficient steelmaking and fertiliser installations would be likely to get all their required allowances for free under tiering, cement factories and paper manufacturers may get fewer depending on the method used. If the committee favours using the European Commission’s outline from its impact assessment, then oil refineries and chemicals plants would also see their shares reduced.

“What I am proposing is that I’m moving towards a more targeted approach, one that has been called a tiered approach elsewhere,” Federley told Carbon Pulse.

He said he was still examining the criteria that would determine which industry goes into which tier.

Senior MEPs from other political groupings in the committee have until Monday to give their views on the proposal, before Federley finalises his report, possibly by the middle of next week, to give to the parliament’s legal services and official translators.

The report will feature detailed criteria on tiering and full amendments on the rest of the proposal, according to a parliamentary source.

Industry is divided over the tiering, with each sector’s views roughly corresponding to the likelihood that their free EUA allocations are cut.

One industry sector opposing it is the ceramics industry, which would be in line to receive less than 100% of its needs.

“The introduction of any ‘tiered’ approach would result in incomplete mitigation and hence significantly increase risks of carbon, investment and jobs leakage,” said Cerame-Unie in a statement to its position paper on ETS reform. 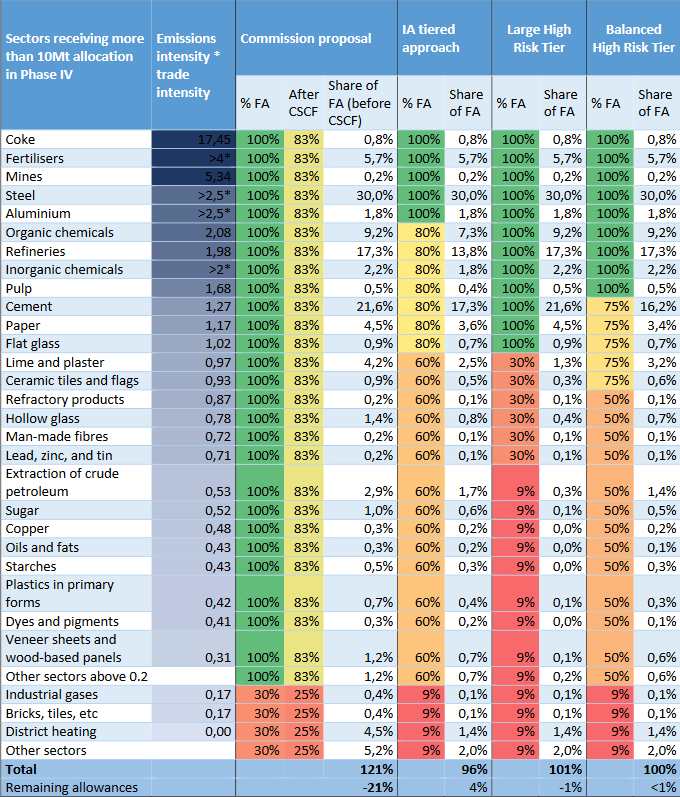