Conversations > DIALOGUE: Is there a future for international carbon trading?

DIALOGUE: Is there a future for international carbon trading?

A growing number of national and sub-national governments turn to carbon markets to meet their future GHG emission goals, but while a large number of developing nations are interested in selling carbon credits in an international market there is little interest in buying.

New Zealand, South Korea and Switzerland are the only Annex I nations to have made it clear in their INDCs they will contribute demand in an international market, in addition to a limited contribution from Japan through its Joint Crediting Mechanism. The major emitters – China, the EU and the United States – all ruled out using foreign offsets or permits to help meet their targets.

So what is the outlook for a potential international carbon market post-Paris? We asked a number of experts and will post updates as they come in. 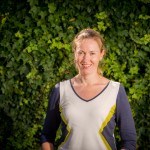 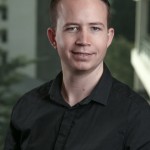 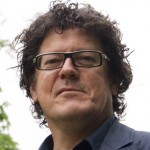 Katherine Watts: It is in many ways positive that countries like the EU and US are focusing on domestic emission reductions. To reach the needed goal of near-complete decarbonisation by 2050, focus must not just be on international offsets but in effecting structural changes in infrastructure. The supplementarity principle is an important one. New Zealand’s focus on international carbon trading hides what, according to Climate Action Tracker, amount to actual increases of domestic emissions.

Richer countries need to ensure that adequate climate finance is made available to those developing countries, such as Ethiopia, Rwanda, Haiti and Cambodia, whose INDCs was largely predicated on being able to sell offsets. This could still come from the UN’s Clean Development Mechanism if money spent is counted towards climate finance obligations and reductions achieved towards the host countries’ conditional targets. This option would avoid the risk of mitigation double counting – as a credit and then towards the donor country’s INDC. There are currently no rules in the draft negotiating text that would prevent such double counting. To continue to be used, however, the CDM would need some fundamental reform, including technology eligibility assessments and sustainable development indicators

The draft Paris text contains some good principles for use of markets in the draft decision, including that they should be real, permanent, additional, supplemental and verified mitigation outcomes and provide a share of proceeds to adaptation. These principles should, however, be placed in the treaty text to ensure that they are durable in the agreement, and that they be augmented by avoiding double counting, contribute to sustainable development and ensure net atmospheric benefit.

Additionally, any use of carbon markets towards Parties’ declared climate goals should be subject to ambitious targets in line with limiting warming to no more than 2°C. Given that the main argument of market proponents is to use markets because they are cost-effective, increased ambition should be possible at no additional cost.

Suzi Kerr: Are offsets the problem with commitments to provide resources? Many have a mindset that transfers to poorer countries from richer nations for climate mitigation are ‘aid’ and therefore limited by generosity. They focus on domestic low carbon transformation, missing the bigger opportunities internationally. We are suffering from a chicken and egg problem. Richer countries don’t commit real resources to mitigation in poorer countries partly because they are not confident that their resources would be well used; poorer countries don’t anticipate resources so don’t implement ambitious effective policies. Both are right – we need institutions to provide mutual confidence. Offsets have been a useful mechanism to start conversation about climate change. On their own however they are not an adequate mechanism for the size of resource flows needed.

Can we move on from offsets? If a developing country can turn its INDC into an emissions trading system with a well monitored and enforced cap, once their ETS is seen to be working with a positive price, any units sold would be credible reductions. This would be a great ‘chicken’. To invest in the institutional infrastructure however, many developing countries would need to be confident that when they are ready to sell, buyers will be there – at a fair price. Can the richer countries create these ‘eggs’ in a credible way now as part of their INDCs? Real action with developing countries later requires buyers to commit now to purchase in future and sellers to build institutions – trade requires mutual confidence.

Declan Kuch: Carbon markets have always been at the mercy of three competing forces: (1) the efficiency discourse driven by economists and industrialists; (2) efficacy concerns pressed by global civil society actors like Carbon Market Watch; and (3) the national development concerns supposedly embodied in Designated National Authorities. It is easy to see why the first two of these forces have been the central concerns of most analysts: changes to the certifying processes of the CDM during the first commitment period often sought to balance the two, usually pleasing nobody in the process. For example, complex additionality tests were criticised as inefficient by both offset buyers and sellers; and NGOs dismissed them as ‘window dressing.’

But international carbon trade has always seen economists working with the grain of national development goals too. Bill Nordhaus and Al Gore discussing US Acid Rain precursor regulations at a White House dinner in fed into talks with Brazil that eventually became the CDM. Brazil’s national development goals coalesced with US globalism and neoliberal dogma of efficiency.

What can we learn from this history? Firstly, the political challenge of climate change is much bigger than saving both the rainforests in Mato Grosso and car manufacturers in Detroit from destruction by making their emissions and sequestrations equivalent. That may have been the guiding idea of Nordhaus, the challenge of even measuring and verifying offsets is much greater than many have realised. Any future carbon market will have to confront what I’ve termed the ‘paradox of measurable counterfactuals’: that is, the idea that emissions reductions are quantifiable and objective but also require political compromises about how baselines can be agreed. If Australia’s experience in developing domestic offsets is anything to go by, the transformation to a low carbon economies in line with avoiding the 2degree guardrail will take a back seat to political compromises with intransigent agricultural and coal interests.

Jos Cozijnsen: International carbon trading will be part of the post 2020 climate actions, because it helps meet agreed CO2 targets, limits cost, offers flexibility and incentives. Easy said, but for the impact and to secure timely GHG reductions, the CO2 targets should be ambitious and lead to early reductions.

To bring the 2C within reach we need to reach extra pre-2030 reductions. To put it shortly: only “over-compliance” can help. We see many cities, corporations ready to provide extra reductions. We see tens of forest nations willing to contribute with forest protection. Experience with the voluntary carbon market shows REDD projects can lead to real reductions, if only a portion of avoided emissions is tradable, it factors in the total deforestation in a jurisdiction and creates a buffer for uncertainty. To make these extra reductions matter, secured for the future and happen early, I believe the carbon market can play a role. Hence, realized credits can be used for future stronger targets.

One can say current INDCs do not create demand for more reductions by the carbon market to date. However, INDCs offer perspective for future tougher targets. If we look deeper in the INDCs, and listen to statements we realize the hidden demand for carbon trading:

Best would be that all nations have economy-wide caps, so that trading happens in a closed system. But until we are there, we need to ensure that, like my fellow Dialogue participants have shown, this leads to global reductions . So let Paris not be just the total of INDCs but also reap the offer of conditional reductions using the carbon trading.