Climate Talks > DIALOGUE: What future for the voluntary carbon market in a world full of emission targets?

DIALOGUE: What future for the voluntary carbon market in a world full of emission targets?

The voluntary carbon market is maintaining demand from corporate buyers but seeing average carbon credit prices fall under a looming global climate regime that could potentially squeeze them out. (Carbon Pulse Dialogues are discussions about carbon markets and climate policy by a selection of leading experts)

The voluntary carbon market is maintaining demand from corporate buyers but seeing average carbon credit prices fall under a looming global climate regime that could potentially squeeze them out.

Faced with a potentially terminal threat of the NDCs of the Paris Agreement and CORSIA commandeering VER market share by covering a larger segment of global emissions after 2020, voluntary market business association ICROA believes the voluntary market has a role in scaling up ambition on climate action given the shortfall in meeting Paris Agreement targets.

It has suggested several options as a way forward and is consulting on them with the UNFCCC, governments, certifiers, and civil society.

We have asked a number of experts to offer their views on the way forward for the sector that roughly correspond to the three options. 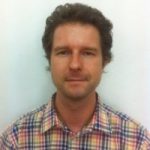 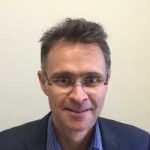 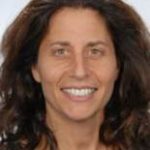 Bastiaan Teune –  SNV has a decades long track record in the set-up of markets of renewable energy technologies for households in developing countries, resulting in about 1 million biodigesters and half a million cookstoves to date. One of the strategies in securing long term funding for the provision of support services that keep these markets flourishing (like business development, awareness, quality control, monitoring and sector coordination), is to rely on the sales of carbon credits. Currently under the SNV portfolio, five stoves/biogas projects are successfully issuing and selling credits under Gold Standard with a combined one million tCO2e per year. This is done in cooperation with Nexus for Development. The sales however are hard as the price is low, making it difficult to make the operations viable.

The reason why it is so important to offer fair prices for carbon and to open up possibilities for non-state actors to access climate finance, is that in many cases, local and international NGOs prove to be so much more effective in service delivery compared to governmental bodies. This is explained by the difference in organisational structures and working culture which often make NGOs much leaner, meaner and quicker to respond to developments; they also attract higher qualified and committed staff and have a much stronger bond across local stakeholders and the international level.

Secondly, NGOs are much better equipped to support the private sector and harness their strength in the supply of appropriate technologies, in contrast to governmental-led interventions which are typically household subsidy oriented and restricted to administrative boundaries.

To combat climate change, NGOs are therefore very well positioned to quickly address climate change through interventions that support markets that in turn result in substantial GHG emission cuts by the use of the green technologies sold. From our perspective, there is a disadvantage if NGOs are only able to work at community level or on a small scale. In practice, many markets in cookstoves, biogas and solar lanterns that we see flourishing today in many of the countries we work in have been established or seen a steep growth path by our interventions. All of our interventions are executed in partnerships with donors, like Energizing Development, and national public, private and civil actors.

If time is of the essence in addressing climate change, it would definitely be a good idea to provide more profound and larger opportunities for NGOs, which can develop markets of climate friendly technologies and practices. For instance, a topping up of Gold Standard credit prices, and enforcing a demand mechanism, would result in amazing amounts of GHG emission reductions with a bonus of an equally important host of social co-benefits.

Gareth Phillips – Paris is nothing like Kyoto. So excuse me for putting it bluntly: Offsetting allows the rich to continue burning fossil fuels. Voluntary offsetting is worse because the emission reductions are unlikely to be counted in any national inventory, under-estimating humankind’s efforts and undermining ambition.

But financing emission reductions and not claiming them is also pointless. Carbon project developers will appreciate the level of detail required to present additionality arguments and accurately quantify CERs. In my opinion this was warranted when the objective was to create an internationally fungible instrument for compliance in multiple jurisdictions. To bear these transaction costs and leave the units in the host country makes no sense.

The voluntary offset market is missing the bigger picture – if you want to help people in developing countries fight climate change, help them to become less vulnerable; help them adapt or gain resilience. Ironically, many mitigation projects are, for those who receive the technology, adaptation projects because they make the recipients economically stronger (most people reading this are already adapted to climate change – they live in a brick house and have a job; they are economically strong).

The voluntary carbon market should become the voluntary climate market. Instead of claiming to have offset or generated 1,000 tonnes of emission reductions, why not say I have helped 200 families transition to a clean cookstove which inter alia frees up women and children’s time, allowing women to be more economically active and children to attend school; and improves indoor air quality so that health improves. And, by the way, I also created some unquantified mitigation co-benefits for the host country by reducing deforestation and degradation. You just need to count the number of families using the clean cookstove. One such formulation of this is a proposed Adaptation Benefit Mechanism currently an option under negotiation. (Gareth’s views are his own and not necessarily those of his employer)

Annie Petsonk – The key step in ensuring that non-state actors generate “regulatory surplus,” i.e., units retired by them go beyond those needed for NDCs, is that the adjustment is made. ICROA thus unlocks a concept core to the integrity of any transfers in the post-Paris Agreement world: all such transfers must be accompanied either by a subtraction from the host country’s allowable pool of emissions (a la Kyoto Protocol Article 3.11, if the host country has an economy-wide cap), or by an addition to the host country’s calculated level of emissions. This step is what allows the world to see whether the transferred units are truly “surplus,” i.e., beyond the host Party’s ambition.

In fact, this concept is so powerful that it should displace ICROA’s other two models. And it should be applied across the board, to reductions originating within and outside of NDC sectors. Otherwise, given the high risk of double-claiming, there could be a strong argument to prohibit all transfers of non-NDC reductions (which would also disincentivise projects whose reductions straddle both NDC and non-NDC sectors).

ICROA should however recognise two key prerequisites: host and recipient countries must complete their emissions inventories regularly; and they must utilise, for accounting purposes, means of calculating multi-year emissions trajectories which can be compared to the inventories over time.

In that regard, ICAO’s Carbon Offsetting and Reduction Scheme for International Aviation (CORSIA) is noteworthy, as it requires all member states – even those exempt from CORSIA’s emissions limits – to regularly monitor, report and verify their international aviation emissions under international standards. In fact, to complete the circle and ensure no double-claiming, the host country adjustments should be applied when units are transferred to CORSIA, so that CORSIA+Paris results in real reductions in global emissions as well.

*** Carbon Pulse’ subscribers can access our voluntary market dossier for an overview of the voluntary carbon markets, including key market drivers, major trade hubs and the CDM’s use as a voluntary instrument via its cancellation platform.***