Conservative lawmakers from Germany’s key industrial state of North-Rhine Westphalia will gather on Friday for talks on whether to back a plan to help meet the country’s 2020 emission target by forcing ageing coal-fired generators to buy EUAs. 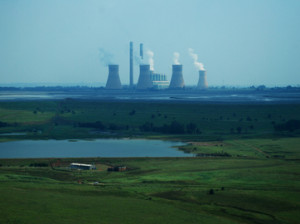 Conservative lawmakers from Germany’s key industrial state of North-Rhine Westphalia will gather on Friday for talks on whether to back a plan to help meet the country’s 2020 emission target by forcing ageing coal-fired generators to buy EUAs.

On Friday CDU members from the state, federal and EU parliaments will discuss the proposal aired last month by Sigmar Gabriel, leader of their junior coalition partner Social Democrats. It has divided German society and risks splitting the government after Senior CDU politicians slammed the idea.

Gabriel, Germany’s Vice Chancellor and Minister for Economic Affairs and Energy, hit back on Wednesday and called on the CDU members to declare publicly if they wanted to abandon the 2020 target.

“If that is the wish of the caucus, I think they have to say publicly, and then we talk about it,” he said, according to newspaper Handelsblatt.

It said the coalition is due to address the issue at a summit on Sunday evening.

Around 50 academics on Wednesday urged the government to implement the plan or put at risk Germany’s leadership role on climate.

It would not only be effective at curbing emissions nationally but could also help abate CO2 elsewhere in Europe, they wrote in an open letter published on the website of Green Budget Germany, an NGO expert platform on environmental economics with a wide membership across business, environmental groups and academia.

“In principle, the instrument blends in very well with the EU ETS as the contribution will be paid in allowances, which are then retired, thus counteracting a displacement of saved national emissions abroad,” they wrote.

“The EU ETS is fixed to 2020 in all probability providing no incentives for the oldest, most emissions-intensive power plants to reduce their emissions. Therefore, the introduction of a supplementary national instrument, which reduces emissions from the power sector, is urgently needed.”

They added that the plan provided little risk to energy security as it only targets the oldest 10% of Germany’s thermal power plants.

Germany’s main energy and mining union is organising a protest on Apr. 25 against the plans, which it says could endanger more than 50,000 jobs in Germany’s energy and lignite mining industries.  Major uility RWE has also warned it could raise power prices as older plants are closed completely instead of have their operating hours reduced, though analysts expect the effect on power prices to be limited.

“This contribution would mean immediate closure for the majority of our lignite mines and lignite-fired power stations,” he said.

But some 70 local utility companies including those in Aachen, Karlsruhe and Luebeck signed an open letter to Gabriel in support of his measure, Reuters reported.

The signatories include many that have invested in newer plants but that have found it difficult to operate profitably due to weak coal and carbon prices helping to keep older, less efficient units running.

On Tuesday, four leading members of the conservative CDU and CSU parties wrote to their colleagues complaining that the measure was ill-prepared and threatened Germany’s electricity security.

One member, Georg Nuesslein, suggested the government introduce a levy on power bills to buy the 22 million EUAs needed to meet the power sector’s shortfall to 2020 without penalising coal plants.

“It’s fishy,” he said, because the 2020 target is a domestic one meant to focus on reducing domestic emissions and put Germany on track to becoming a low-carbon economy.

Environmental campaigners Sandbag said the idea was not a plausible alternative to Gabriel’s plan because the massive surplus of over 2 billion carbon allowances in the EU ETS meant that cancelling just 22 million would create no extra incentive in prices to encourage more abatement.

“Given the current state of the EU ETS, targeted policies to deliver real emissions reductions today are more important than the indirect reductions implied by cancellation of emissions allowances,” the said in a statement.

“Germany’s need to cut its emissions over time to address climate change would not be reduced by a one-off cancellation of allowances. Spending money on cancellation is therefore a poor investment compared to investment in emissions abatement,” Sandbag said.

Gabriel’s coal power penalty plan would from 2017 give fixed emission limits to older plants and force them to pay fines in the form of EUAs for any CO2 output above those levels in an attempt to cut emissions by 22 million tonnes to 2020.

This makes it difficult to judge whether utilities will opt to shut down facilities or pay the penalties, said Point Carbon’s Ferdinand.

Assuming a combination of both options, power prices could increase €2-4/MWh as plant closures curb supply, while EUA demand could increase 8 million or be cut by 3 million, according to a Point Carbon analysis.