France is circulating an informal proposal that would introduce a “soft collar” for carbon allowances, with a reserve price at government auctions and a ceiling price some 3-6 times that. Can the idea gain traction amongst EU lawmakers, and what are chances that they will once again attempt to address low EUA prices?

France is circulating an informal proposal that would introduce a “soft collar” for carbon allowances, with a reserve price at government auctions and a ceiling price some 3-6 times that.

The country wants to modify the already-agreed Market Stability Reserve (MSR) to introduce this price corridor, which would rise annually along a predetermined trajectory.

This would translate into the MSR absorbing or releasing allowances based on prices rather than its existing supply-based rules.

Can the idea gain traction amongst EU lawmakers, and what are chances that they will once again attempt to address low EUA prices?

We asked a number of experts. Their responses are posted below in the order received. 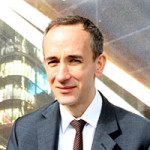 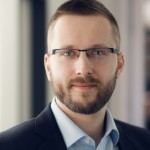 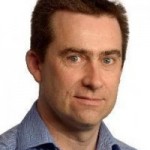 Trevor Sikorski: The France idea for a managed ‘price corridor’ for EUAs is nothing really new. The European Commission was deliberate in choosing a volume trigger rather than a price trigger for MSR releases, because it did not want to be drawn into determining carbon price levels.

One of the most persuasive reasons for choosing a market over a tax is not to have politicians or civil servants set a price based on what they think is right. If history teaches us anything, it is politics (and politicians) rarely ever give us the right answer.

Such a price corridor shows a profound misunderstanding of why an emissions market is such a powerful tool. The ETS is powerful precisely because it allows the market to adapt to changing circumstances through the price mechanism.

If emissions reductions are beyond the policy goal (the cap), due to either investment or some other reason (recession, changes in related markets), then prices should be low – allowing Europe to meet its emission reduction targets at the lowest cost to consumers. The French proposals that would intervene in the working of the price mechanism will move the EU ETS further from being a market solution and closer to being a tax. This is likely to accomplish little apart from benefiting the bottom-line of main French power utility. On the flip side, it would be damaging to the efficiency and credibility of the EU ETS and to market solutions for dealing with carbon emissions.

Yann Andreassen: With a carbon price corridor in the EU ETS under discussion, one must consider pros and cons of such a feature, as well as a simpler alternative.

Pros: The key advantage of a price corridor is some degree of price certainty on the upper and lower side. For market participants, this means improved certainty for long-term investments.

Cons: The key disadvantage of a price corridor is that the EU will no longer reach its envisaged emissions reductions target in a cost-effective way. Indeed, as long as EUAs trade at the price floor, this means that the EU as a whole is paying higher abatement costs than it should to reach its set target. Second, a price floor is likely to create vested interest. Should a price floor materialise akin to California’s annual 5%+inflation rises, you are actually turning EUAs into a high-return fixed income asset class. And in a world of negative interest rates, this is a very attractive trading proposition for speculators. Holding limits are possible, but this means more regulations.

A simpler alternative: It is fair to ask if a price corridor is really needed or if the same objective could be achieved without altering the EU ETS quantity-based principle. The EUA price is a reflection of the cap, which reflects the EU target. So if policymakers want to increase inter-temporal efficiency with more long-term abatement triggered earlier on, why not instead increase the ambition of the 2030 target?

Legislative prospects: A price corridor has always been a longshot due to its highly political nature with the price levels having to be determined. In our opinion, the only way to see traction is if key countries in the EU Council (e.g. Germany, UK) and political groupings (e.g. EPP, S&D) in the European Parliament support it. If that’s the case, the question would then be how Visegrad Group countries in the Council and the more conservative political groupings in the Parliament react to it.

Andrei Marcu: The use of price guidance is difficult to justify in setting up a market… but has been used by other jurisdictions, such as California, with strong attachment to markets and free enterprise.

The price corridor that is being put forward for consideration by the Government of France cannot be regarded in isolation. It needs to be put in the context of the struggle between the objective of reaching EU’s decarbonisation targets in the most economically efficient and cost effective way, and other EU objectives and priorities.

In this context, in the EU we are far from operating in a sterile and pure economics landscape, and many compromises have already been made.

Setting up price guidance would require a number of conditions, especially the willingness to use huge amounts of political capital. A second condition is being able, and having the willingness, to put forward a credible logic in choosing a price corridor – and a proposal that will make a difference. A final condition is to check such a proposal against the realities of the political and economic landscape.

The recent CEPS 2016 State of the EU ETS Report clearly indicates the need to do something to make the EU ETS relevant in the economic and political timeframes in which we operate. However, there was no political capital to get strong enough MSR parameters, and there seems to be less now than one year ago.

To provide logic in choosing a price corridor would require recognition that the minimum should be a carbon price that will trigger a switch from coal. If that cannot be achieved, then a price guidance will be useful and provide some stability, but it will not change the current role of the EU ETS. If a thing is worth doing, it is worth doing well.

Mark Johnston: It’s hard to imagine France’s recent proposal for ETS price controls coming from any other EU capital. I have three objections to it.

The first is a conflict with the purpose of ETS, which Article 1 of the ETS Directive states to be “to promote reductions of GHG emissions in a cost-effective and economically efficient manner”. Such a pollution control law is technology-neutral and does not per se aim to promote “low-carbon” investments. To cut pollution, the EU limits the available pollution allowances, every year dropping the amount, while allowing market participants freely to agree prices for tickets not yet surrendered by operators. ETS works just as it is intended to.

A second objection is procedural risk. While the EU can in theory enact tax harmonisation and similar fiscal measures, it can only do so via unanimous Council votes, which also exclude Parliament. Such special legislative procedures, where single delegations hold a veto, means this rarely happens and that the outcome is weak. The French paper is silent on procedure.

My third objection rests on a suspicion that the politics in Paris is driven by the growing economic stress in France’s nuclear sector. Areva began bailout talks last year and now the same is starting for EDF. Nuclear should and does benefit from carbon pricing. But if nuclear is in trouble for other cost reasons, then this must be addressed directly rather than by other means.

The way forward is to focus on what we know already works. By voting in the EU institutions we must change ETS parameters, including – I hope – a lower overall cap, a more effective MSR, and fewer, if any, derogations. We should not be distracted or delay ourselves debating again the goal and structure.