The four-year old World Bank-led Carbon Initiative for Development (CI-Dev) aims to select its first projects this year after whittling down hundreds of applicants to 14 CDM PoAs in Africa.

The four-year old World Bank-led Carbon Initiative for Development (CI-Dev) aims to select its first projects this year after whittling down hundreds of applicants to 14 CDM PoAs in Africa.

The $125 million CI-Dev fund is designed to provide results-based finance for carbon-cutting projects in the world’s poorest countries, helping them overcome barriers that prevented schemes in these nations from getting off the ground in the past.

“There has been no commitment to a project yet, but many are at the advanced stage of due diligence and I hope next year we will be able to do so,” said Vikram Widge the World Bank Group’s head of climate and carbon finance said at an event on the sidelines of the Paris climate talks last month.

Some 220 proposals pitched for funding, and this has been narrowed down to just 14: four cookstove and four mini-grid programmes, three biogas, two solar lantern and one water purification, all in Africa. A spokeswoman for the fund said further details about the shortlisted projects were not yet available. 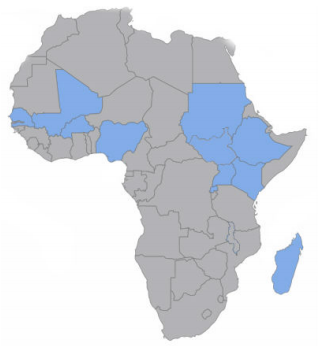 The Ci-Dev fund was first announced at the UN climate talks in Dec. 2011 but it has had a troubled existence since, with its launch delayed by more than a year against the backdrop of a collapse in CER prices.

It aims to promote low-carbon projects in LDCs, which largely missed out on market-driven CDM funding due to most projects being developed in richer emerging economies.

The fund selects projects that it deems beneficial in areas such as extending energy access, offering replicable and sustainable business models as well has having a clear emission reduction function that can be measured using CDM infrastructure.

Some $25 million of the fund has been allocated and much of it disbursed already under its Methodology Work Program, which is intended to help develop the infrastructure to design, implement and check on CDM projects, both among developers and the host governments.

This work has so far resulted in one new CDM methology (AMS III.BL) and two revised methologies (AMS I.L and III.BB), as well as several rule changes by the CDM Executive Board that are designed to streamline the process of registering PoAs and earning the resulting carbon credits.

Of the fund’s preparatory work, Widge said the intention has been to develop programmes that are likely to be attractive and suitable for any future carbon market mechanism that follows the CDM.

“I give the example of being able to extend from the CDM into the next realm … though it remains to be seen what pays after 2020,” said Widge.

CI-Dev is funded by donations from Sweden, the UK, and Switzerland via its Climate Cent Foundation.

Its remaining $100 million will be spent on buying carbon credits generated from the selected PoAs, which the donor governments could opt to use to help meet their emission targets.

“The UK is going to retire the credits, others will use it for compliance,” said Widge.