A respected and admired economist covering California’s carbon market has passed away after falling ill with the coronavirus.

A respected and admired economist covering California’s carbon market has passed away after falling ill with the coronavirus. 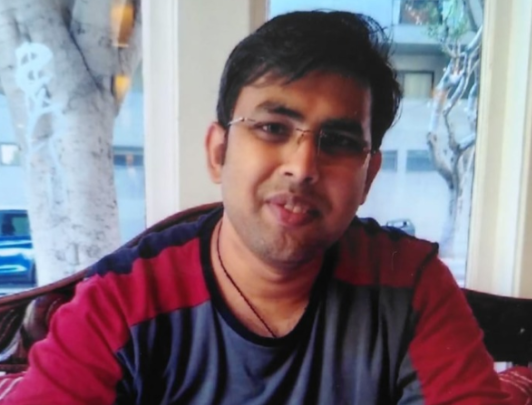 Chandan Kumar, Chief Operating Officer at Climate Connect, succumbed to the virus on May 5, leaving behind loved ones and a team of colleagues who described him as “beloved and honourable”.

“He established a connection with almost everyone in the company, owing to his happy-go-lucky attitude,” said Sanand Sule, Co-Founder and CEO of Carbon Connect.

“Almost everyone confided in him and enjoyed his company … He always proved to be a true friend, a life guide and a brotherly figure.”

Chandan joined New Delhi-based Climate Connect in 2013 as an economist and quickly rose up the ranks to boast a handful of job titles and crucial responsibilities, including lead economist, carbon product head, and director of strategic business units.

“The decision to make Chandan a part of the team was one of the best decisions the company took,” Sule said.

“He, within a year of joining, built an incredibly complex forecast model for California’s carbon emissions. As a testament to the intellectual rigour and disciplined approach, the model is still used by several companies and government agencies in California – no mean achievement for a 25-year old graduate.”

As part of CaliforniaCarbon.info, Chandan worked extensively on profiling greenhouse gas emissions in California and Quebec regulated under the WCI programme, and was widely seen as one of the top forecasters covering the market.

“Chandan’s kindness and good sense of humour made working with him an absolute pleasure,” said Emily Jackson, a carbon analyst at BloombergNEF who worked with him at Climate Connect.

“The mood in the office was always lighter when he was around. Some standout memories include his excitement when we managed to wangle a cheap deal and rented a Mustang in San Francisco,” she told Carbon Pulse.

“Everything was more enjoyable when Chandan was there. He always seemed to be in a good mood, and it was infectious. He will be massively missed.”

Chandan and his team were regularly invited to speak at the annual North American Carbon World conference, showcasing their insight and expertise while building a large network of contacts and friends.

He also taught himself data sciences and machine learning, despite having little experience in coding.

He led a team of machine learning engineers and analysts whose forecasting algorithms helped manage over 40 GW of power distribution assets and over 6.5 GW of renewable energy generation.

As well, he continued to serve as a mentor and advisor to CaliforniaCarbon.info, which was spun off from Climate Connect and sold to California-based cKinetics in Feb. 2020.

“As someone on whom we put our trust without thinking twice, he will inspire us to never rest on professional achievements and find newer challenges to pursue. We will all try being a better professional and human being each day, always, like he did,” Sule said.

“Chandan will be deeply missed. There are few people with his intellect who could also speak with such credibility to energy traders on the other side of the planet,” added Alex Rau, a partner at California-based Environmental Commodity Partners and a co-founder at Climate Wedge and Abatement Capital.

“The carbon markets are a better and more credible place for his efforts, and I am really sorry he will not be around to see how the energy transition plays out. It was his passion.”

Chandan is survived by a wife who is herself an economist. The pair met in college as friends and later fell in love, his colleagues told Carbon Pulse.

In his memory, Chandan’s family and colleagues are creating a scholarship fund to support the further education of environmental economists in India.

“This is to try and further all of the causes that Chandan believed in and devoted his life to when he was with us,” said his CaliforniaCarbon.info researcher colleague Harry Horner.

“We will also be setting up a memorial website with stories of Chandan and photos, as well as eventually scholars’ stories.”

Click here to donate to the Chandan Kumar Scholarship Fund.